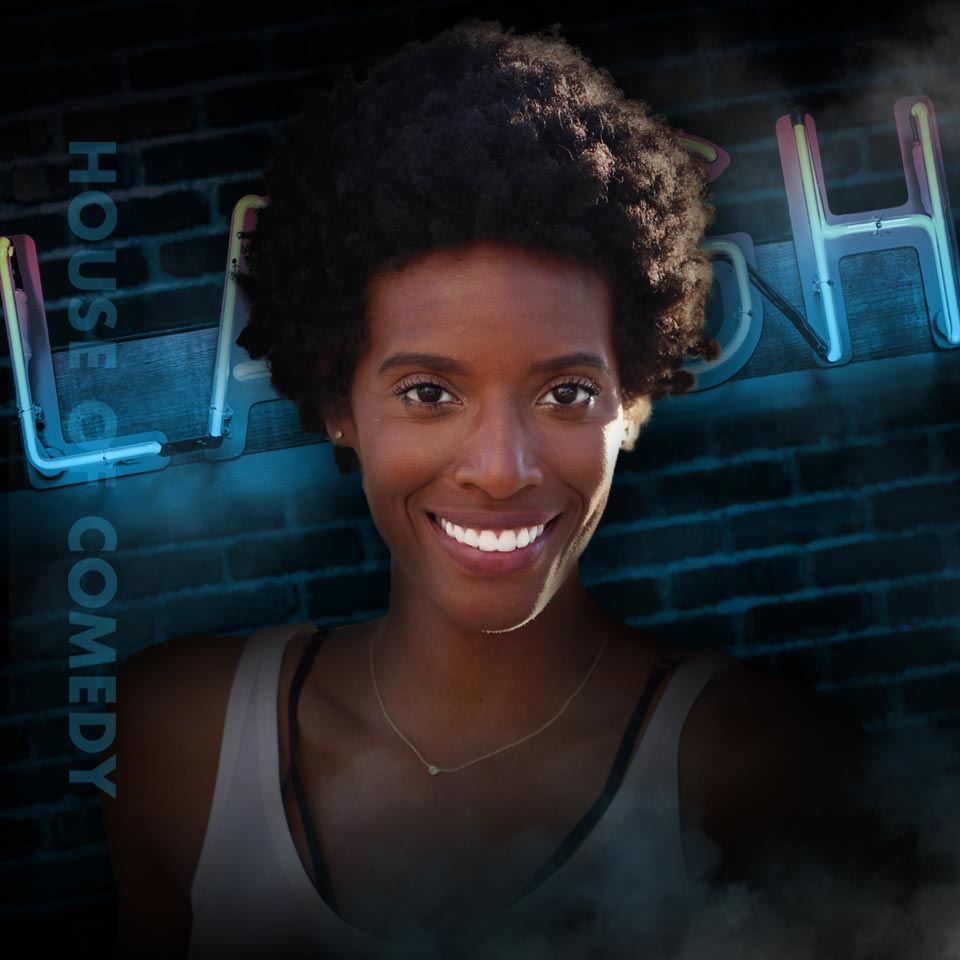 Zainab Johnson, a stand-up comedian and actress, is quickly being propelled as one of the most unique and engaging performers on stage and screen. Zainab’s comedy is based on her unique point-of-view, which was shaped growing up in Harlem as one of thirteen siblings in a Muslim family. After getting a degree in Math and taking a job as a teacher, she quickly learned that she had a different calling.

Zainab was named one of Variety’s Top 10 Comics To Watch in 2019, she can be seen as a series regular on the new upcoming Greg Daniel’s half hour comedy titled “Upload” an Amazon original series in the near future, and she made her first late night stand up appearance on Late Night with Seth Meyers. Zainab had a breakout appearance on HBO’s All Def Comedy and has made appearances on NBC’s Last Comic Standing, Arsenio, BET’s Comic View, AXSTV’s Gotham Comedy Live! and just recently starred in a new web series titled Avant-Guardians.

She is a regular at the Improv Comedy Club in LA and the Comedy Cellar in NY. Zainab has performed in the Montreal Just For Laughs Festival as one of the 2014 New Faces of Comedy and returned numerous times since. She also had a breakout performance at the Melbourne Comedy Festival in 2018.