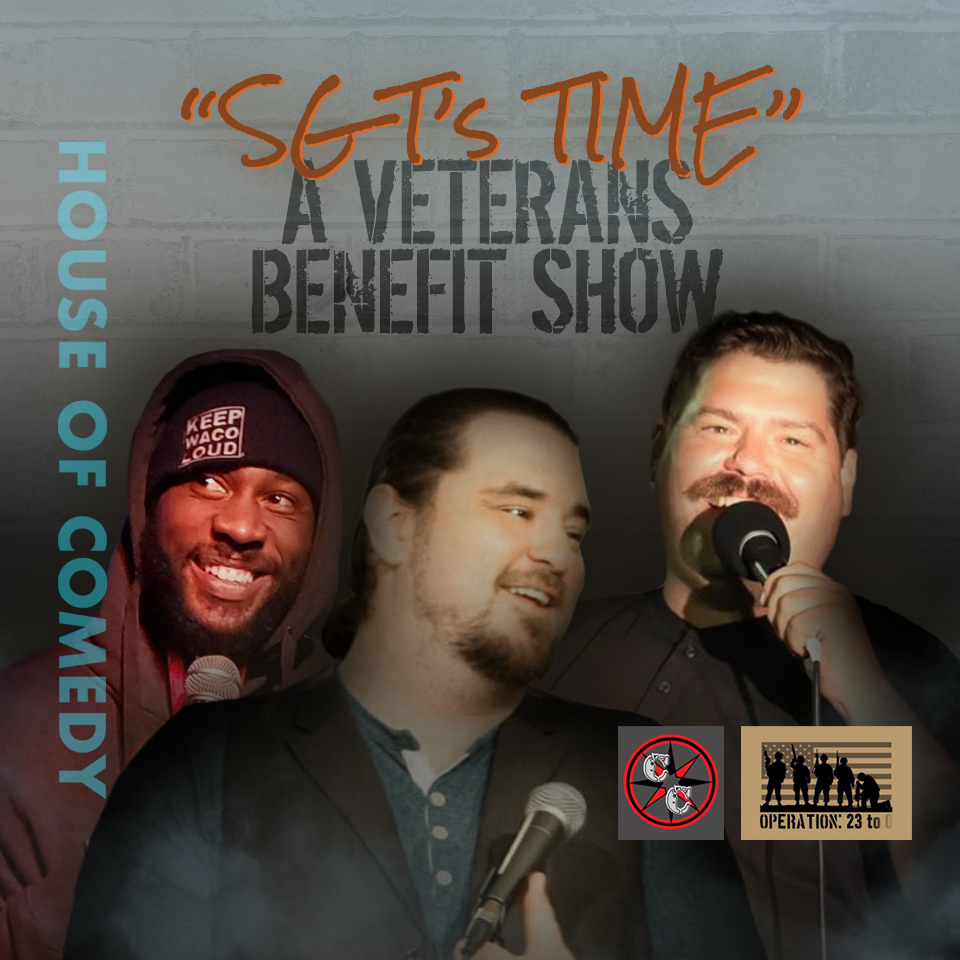 SGT’s Time is a comedy-based benefit show produced by Combat’s Creations, a veteran owned production/media company out of Minnesota. We aim to bring awareness and solutions to the topic of veteran suicide within the local community while laughing the night away. It’s our belief that it takes a community of support and resources to ensure that veterans stay alive because a veteran who has adequate housing, gainful employment, meaningful relationships and purpose is far less likely to commit suicide.

Our show includes military veterans who are also professional comedians! Terry Bluez (Army veteran), William Spottedbear (Air Force veteran) and Mitch Burrow (Marine Corps veteran) will be splitting sides as Jonah Maddox (Army veteran) hosts the night’s events and silent auction. There will be a special musical guest before the show as Drake Walters (Navy veteran) marinates our eardrums leading up to the jokes.

Combat’s Creations and Rick Bronson’s House of Comedy have joined efforts to benefit Operation 23 to Zero, a Minnesota based nonprofit organization that works directly with veteran suicide in the local community. A silent auction of hand-made items crafted by verified military veterans who have served their country overseas will also excite the crowd!

But wait, there’s more!!! Veterans and current military members in attendance will receive a free ticket voucher for one future show at Rick Bronson’s House of Comedy!