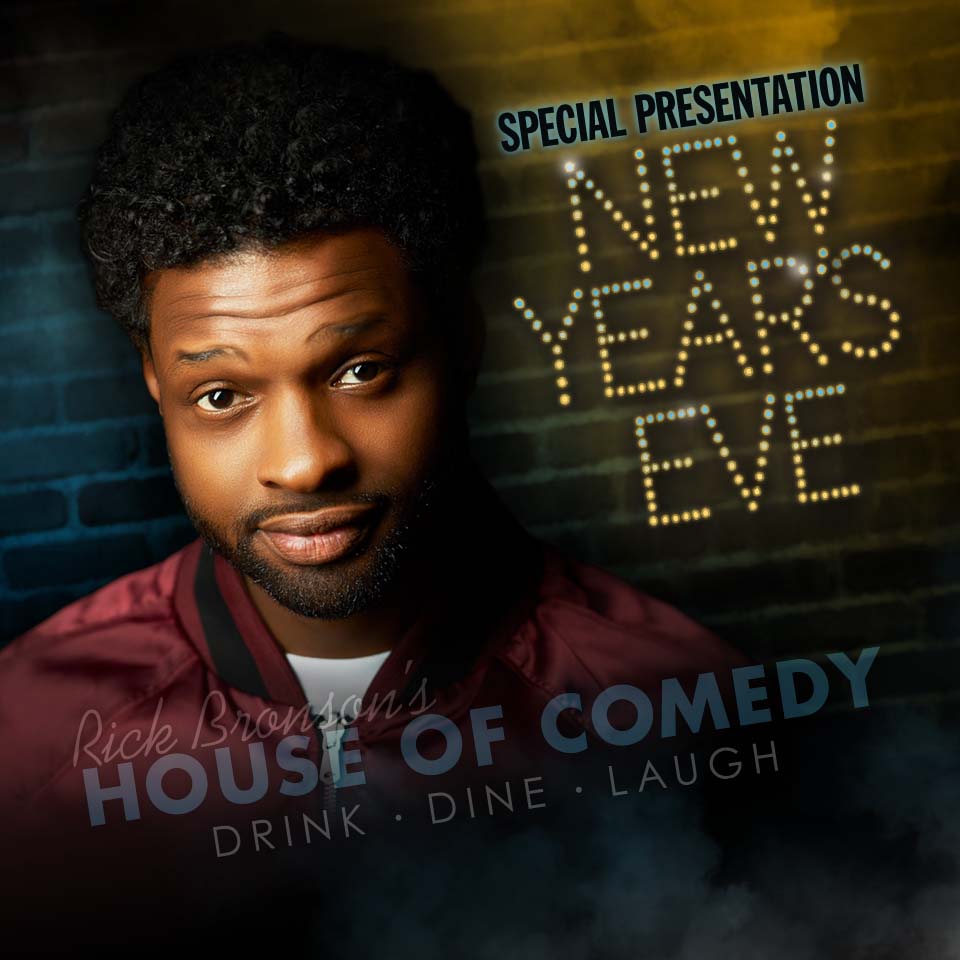 We hope you had a great 2022, and now we would like to help you get 2023 going with some great laughs and fun times at the House of Comedy.

We have 2 showtimes to choose from.

The 7:00pm show is for those who want to get home early to bring in the new year. We have our Dinner and Show option or if you would like to come to the show only that is available as well.

The 10:00pm show is for those who want to celebrate with us at the House of Comedy. The late show will include the following, show ticket, access to our midnight appetizer buffet, party favours and a glass of champagne to bring in 2023.

Derek plays the role of Jaybird in the hit Tracy Morgan’s series THE LAST O.G. for TBS. He was one of the lead roles in the NBC comedy pilot RELATIVELY HAPPY opposite Jane Lynch after coming off a very successful dramatic appearance on ABC’s TRAINING DAY. Derek had a break out role on the season’s NBC hit Will & Grace.