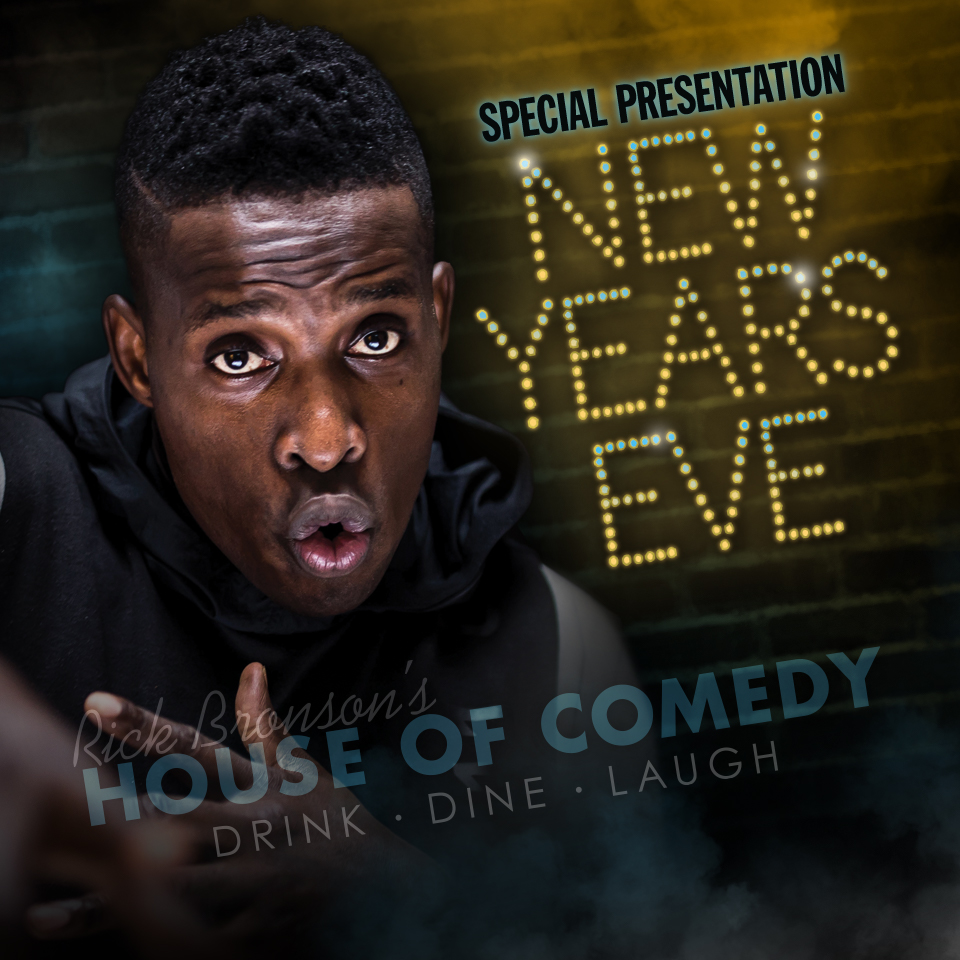 We are sure you want to get 2021 over as badly as we do. What a great way to do it then at the House of Comedy for some great laughs and fun times.

GODFREY is one of the hottest comedians on the circuit.  Growing up in Chicago, he constantly got in trouble for misbehaving and being an all-around class clown.  Godfrey's Nigerian parents unknowingly encouraged his bad behaviour by showing him classic comedy films from an early age.  While performing impressions of his college football teammates, Godfrey realized his irreverent style of comedy might be more than just a hobby..

As one of the most dominant forces in the comedy circuit, Godfrey has been seen on stages from New York and Los Angeles to Dubai. Along with his own one-hour special on Comedy Central, Godfrey recently starred in the FX pilot "Bronx Warrants," adding to his onscreen credits which include ZOOLANDER, "30 Rock," and a recurring role on "Louie."  Godfrey also stars alongside Shaquille O'Neal on the TruTV series, "Upload".