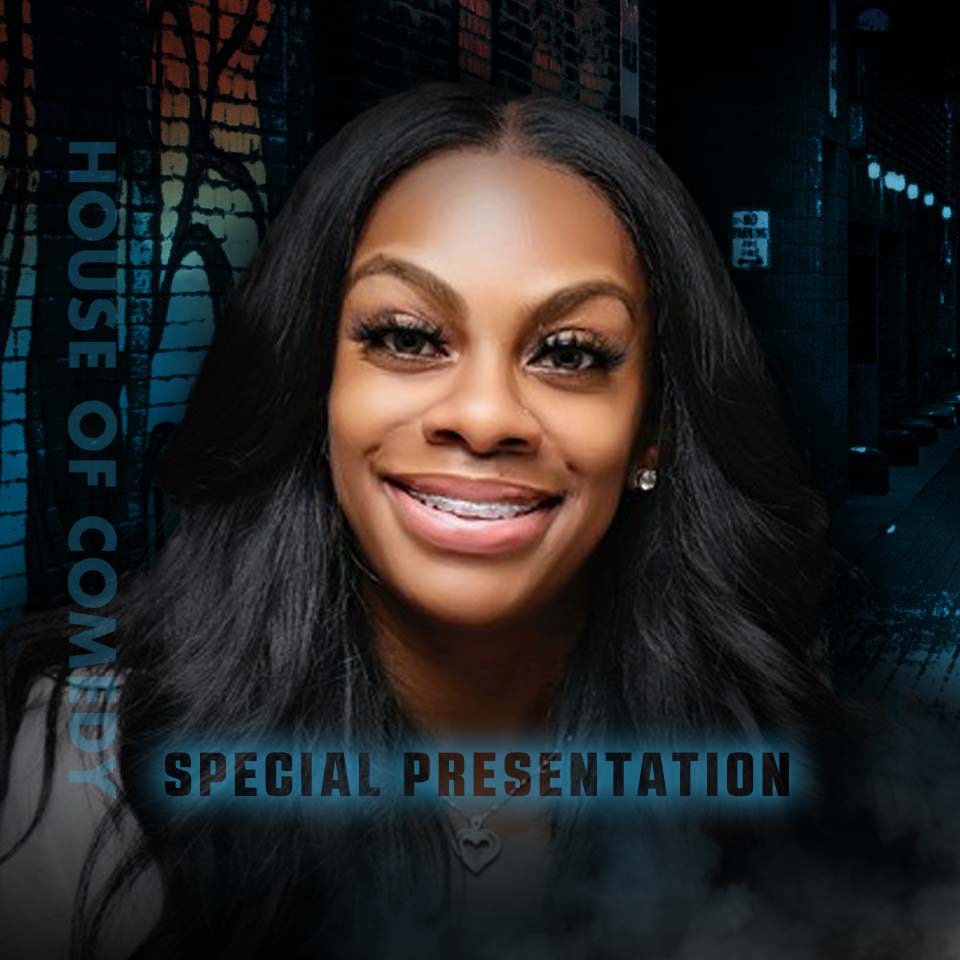 Jess Hilarious is one of the freshest and most highly sought after faces in comedy and she is poised to take the next giant step in her career. Born and raised in Baltimore Maryland Jess is an accomplished stand-up comedian, also known for her appearances on MTV's WILD N’ OUT, and has appeared on Russell Simmons’ ALL DEF COMEDY on HBO, as well as various shows on VH1, BET, and many others. Last year, she made her network debut in the FOX scripted comedy, REL, opposite Lil Rel Howry. She has opened for comedy legends such as Martin Lawrence, Rickey Smiley, Mo'Nique and Mike Epps.

Launching her own comedy tour in the summer of 2017, Jess is now taking the country by storm as a headliner, and continues to sell out comedy venues throughout the country. Jess accredits her work ethic from her parents Kevin and Robin who have been happily married for 28 years and own and operate their own business. Her drive and determination was instilled in her from helping run the family business at a young age.

Jess is extremely popular on Instagram, where her brilliant, cutting edge, and humorous content has earned her more than 5 million followers. Her segment, “Jess with the Mess”, has become a social media sensation, regularly garnering over one million views for each video posted. A hard-working single mom, Jess often includes her young son, Ashton, in her videos. Her comedy is smart and straight to the point.  When it comes to the funny, Jess holds NOTHING back.