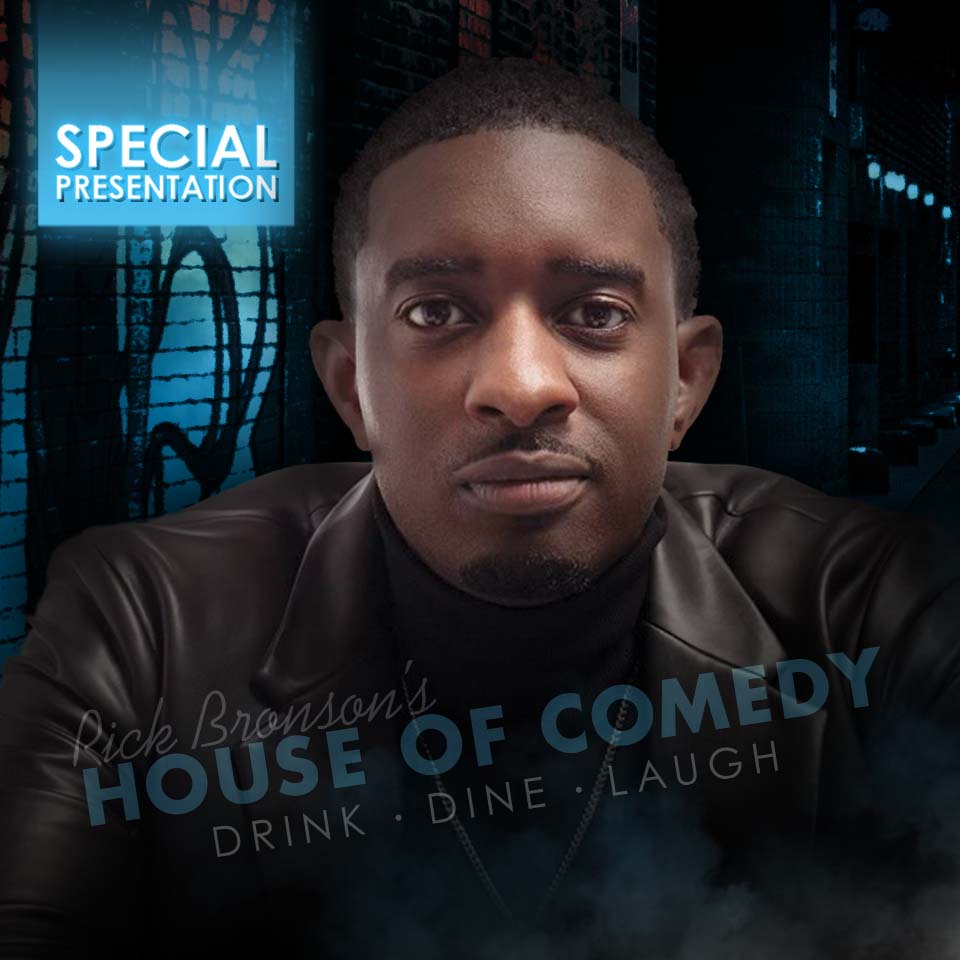 Tickets are non-refundable after purchase. Performer may change without notice.

As a Stand Up, Desi has quickly risen through the ranks and become a force on the road in just afew years. After embarking on the 30 city "You're my Boyfriend Tour" with B. Simone in 2018, Desi quickly started selling out his own headlining dates across the country in clubs and theaters. In addition to being a favorite at colleges, comedy clubs, and transitioning into theaters, in 2021 Desi began playing arenas on the 'In Real Life Comedy Tour' alongside Mike Epps, Kountry Wayne, Lavell Crawford and more. With his ever-growing fanbase, Desi continues to establish himself as one of stand up's stars of today and the future.

As an actor, Desi appeared in the Will Packer film, Little starring Issa Rae and Regina Hall. Additionally, Desi was in the film Merry Wish-Mas produced and directed by Terry J. Vaughn, as well as playing a role in the movie Love By Chance. He next appears in Viacom's Haunted Trail to be released on BET+ and Amazon Prime. As well as special guest appearances on two episodes of AMC's Sherman Showcase.

Along with acting and touring, Desi has worked with major corporations having done brandpartnerships and social campaigns with companies such as the NFL, Nascar, NBA, Best Buy, Google, Madden, Burger King, and more. A sports fanatic, he has also created and starred in campaigns with his hometown teams, The Atlanta Hawks, The Atlanta Braves, and The Atlanta

Falcons. He also co-hosted the NFL's 2021 season opener kick off celebration with performances by Ed Sheeran as well as the 2022 Superbowl experience.

As a prolific content creator, Desi's production company has produced over 2,000 original videos to date, including his self-produced web series "How it Goes Down in the Hood" spinoff of the Ice Cube film FRIDAY, which has received six million views and counting. His self-produced short film "The Banks Family Christmas" went trending #2 on YouTube the week it premiered.

Desi Banks Production creates writing and production opportunities for aspiring actors and provides a platform to disseminate creative compelling content to the masses. In addition to helping elevate the stars or tomorrow, he's also made content with the rising/classic star of today including Ludacris, 21 Savage and others.