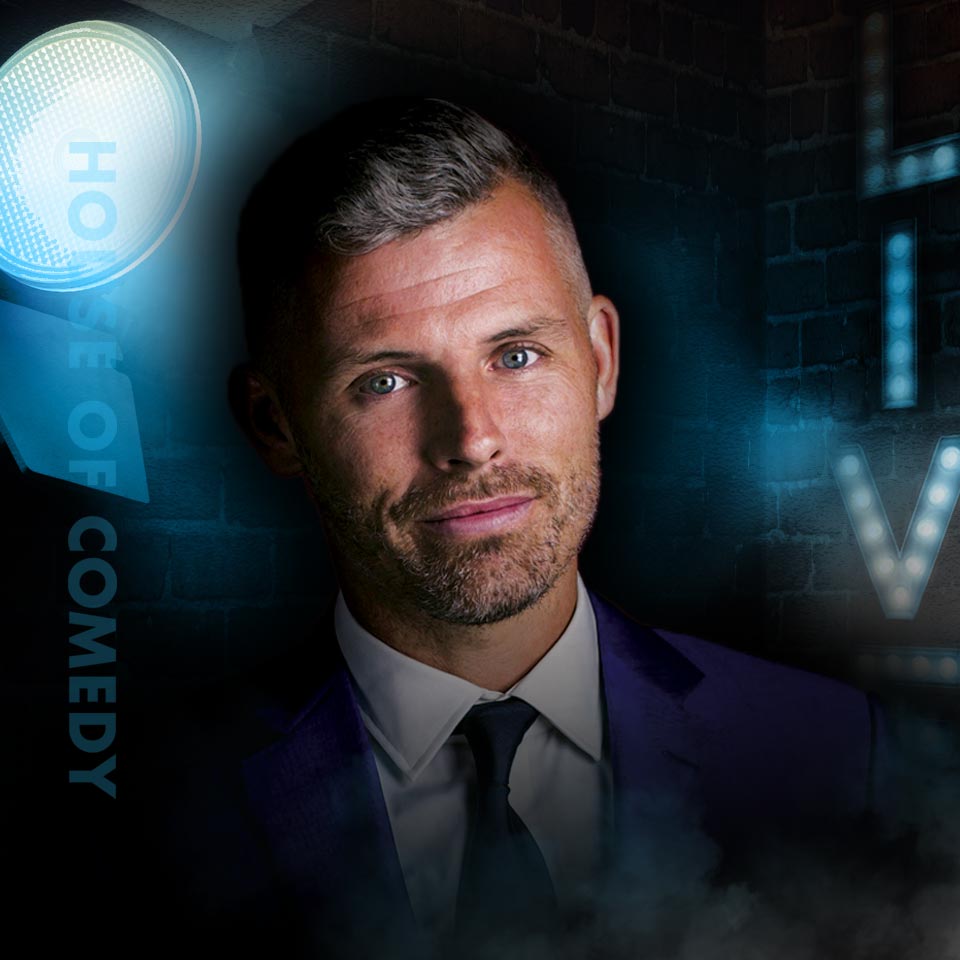 Now a massive star in Ireland, native New Yorker, Des moved from Queens to Ireland in his mid-teens in 1990. He first came to prominence with his extraordinary TV series The Des Bishop Work Experience, where he lived on minimum wage in a series of different jobs in Ireland. Mixing this documentary footage with stand-up, the series became one of the most talked-about of the year, and propelled Des into national stardom. In 2006, he embarked on his second critically acclaimed TV series, Joy In The Hood, where he taught stand-up comedy in disadvantaged areas in four major Irish cities. Another hugely successful live tour followed including invitations to the Just For Laughs Festival in Montreal and the Melbourne Comedy Festival in Australia.

Des has appeared on many live stand up shows including Edinburgh Comedy Festival Live BBC, Live at the Comedy Store Comedy Central and Australian music themed quiz show Spicks and Specks ABC. He was also the star of HBO’s “A Comic’s Climb” about his debut at the Aspen Comedy festival in 2005.

He made a sharp cameo appearance in Jim Sheridan’s movie In America as a coke-fuelled obnoxious business man and he has co-written two successful stage plays: Rap Eire and Shooting Gallery, the latter being commissioned as a drama adaptation by RTE / Grand Pictures for broadcast. In total, Des has released five bestselling stand-up DVDs: Des Bishop Live at Vicar Street ; Des Bishop Live ; Des Bishop – Fitting In; Des Bishop – Tongues ; and Desfunctional.

The openness and honesty of his presenting style combined with his restless imagination and perceptive comic observations make Des Bishop a must-see for fans of unique, insightful and provocative comedy.