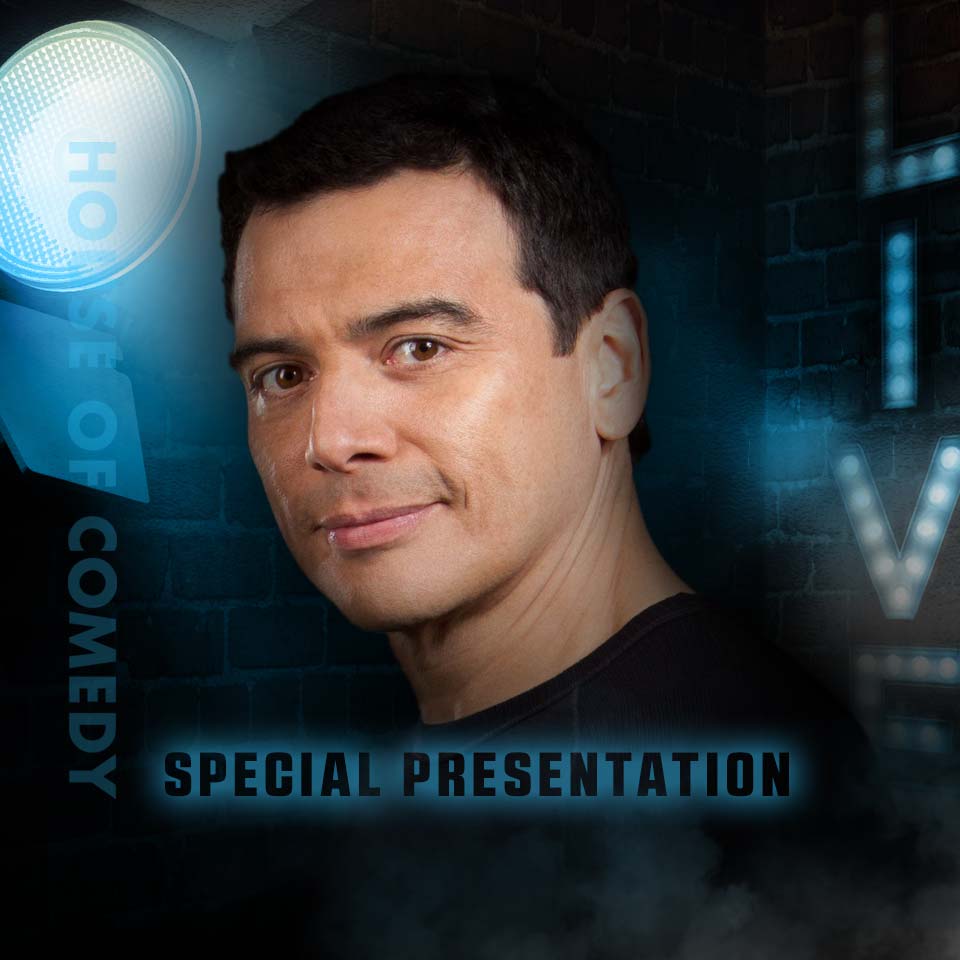 Mencia began his career doing stand-up on amateur night at the world renowned comedy club, Laugh Factory. He later showcased at The Comedy Store and became a regular, performing nightly. After he found success on the L.A comedy circuit, Mencia was named "International Comedy Grand Champion" from Buscando Estrellas (the Latino version of Star Search). This led to appearances on “In Living Color,” “The Arsenio Hall Show,” “Moesha” and “An Evening at the Improv.”

Mencia comes from a humble background, born in San Pedro Sula, Honduras, the 17th of 18 children. His parents sent him to the United States when he was about three months old, where he was raised in the Maravilla Projects in Los Angeles, California by his aunt and uncle. In his early teens, Mencia moved back to Honduras because his family wanted him to avoid the destructive gang culture of East Los Angeles. When Mencia later returned to Los Angeles, he showed such educational prowess that he was immediately promoted to the tenth grade. Soon after, he successfully graduated from Garfield High School.

Mencia continued his journey up the comedy ladder by headlining “The Three Amigos” tour with Freddy Soto and Pablo Francisco in 2002, which sold out in record time around the United States. He was also featured in the independent films, “Outta Time” and “29 Palms” and starred in guest spots on “The Shield” and “The Bernie Mac Show,” among others. In 2002, he received a CableACE Award nomination for Best Stand-Up Comedy Special for his HBO special. That same year, “Mind of Mencia” went into development. The show was an instant hit and after the first season, Comedy Central signed Mencia back for his own original stand-up special, “Carlos Mencia: No Strings Attached.” The special was the first Comedy Central Stand-up Special DVD to achieve Platinum sales status.

“Mind of Mencia” debuted on Comedy Central in early 2005. It became one of the strongest shows in the network’s history, averaging about 1.5 million total viewers. “Mind of Mencia” was executive produced by Carlos Mencia and Robert Morton (“Late Night with David Letterman”).

in 2007, Mencia embarked on a USO Tour to the Persian Gulf to entertain the troops serving overseas. For his 2008 trip, Mencia visited Kuwait to host “Operation MySpace,” an exclusive concert for American Troops in the Middle East alongside Jessica Simpson and The Pussycat Dolls. The special aired on FX in April 2008. Mencia’s 2009 USO tour had stops in Turkey, Kirkuk, Baghdad, Qatar, Afghanistan, and many other countries.

Most recently, Mencia has gone back to his comedic roots, performing at a number of comedy venues – allowing him to share his newest material with a more intimate audience. His current tour, called the “C 4 Urself Tour,” has been making stops all around the country, performing to eager audiences.