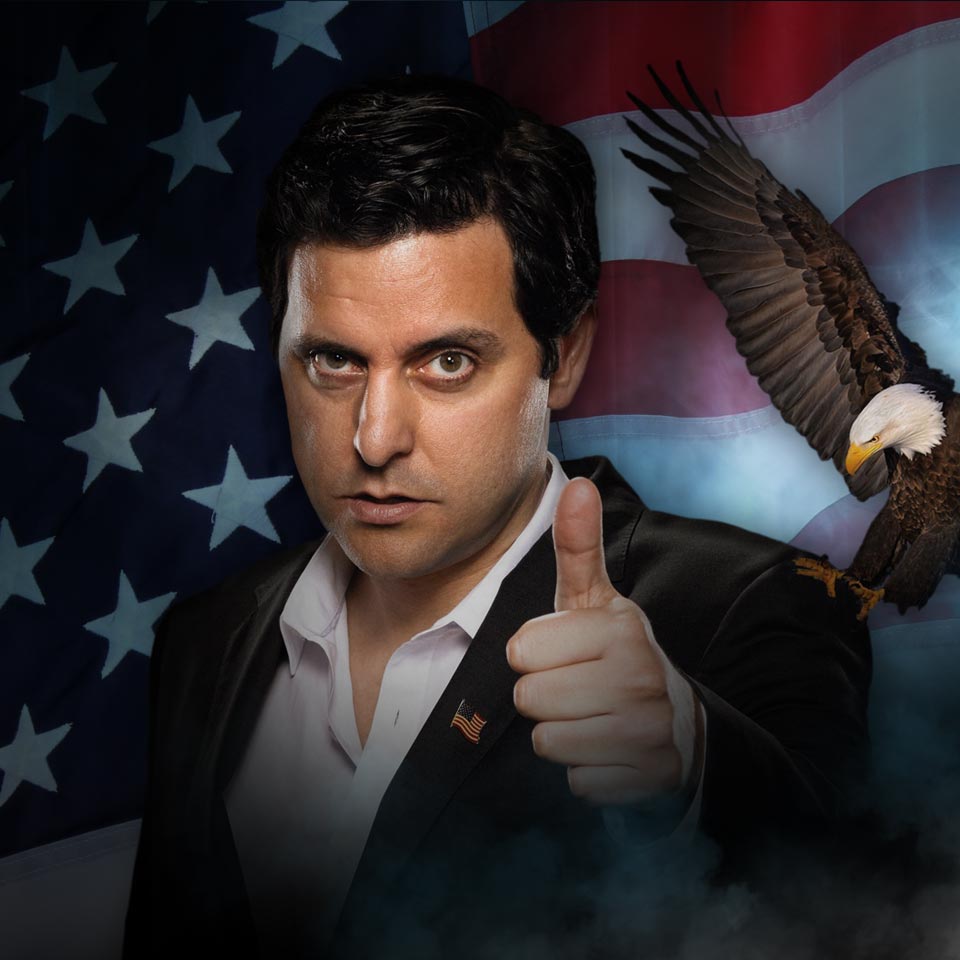 There are many people running for President in 2020, but only one of them was called by TBS one of “the funniest comedians working today."

Ben Gleib is the host and head writer of the Emmy nominated "Idiotest" on NETFLIX and Game Show Network, and was one of the stars of “Chelsea Lately” on E! His hilarious standup special on SHOWTIME "Ben Gleib: Neurotic Gangster" is currently on AMAZON PRIME, and he can be seen in the upcoming "Jay & Silent Bob Reboot" movie. He is mounting a serious campaign for President, speaking at events alongside the front runner candidates... but this break from the campaign trail will be filled with laughs!

You may have also seen one of his many appearances on the “Today Show" with Kathie Lee and Hoda, "@Midnight" on Comedy Central, guest starring in the new series “American Princess” on Lifetime, or voicing Marshall the Sloth in “Ice Age” and Dali in “The Book of Life.” But he also has been a regular commentator on CNN, ABC News, NPR, and The Young Turks.

Esquire said he “could be comedy’s next big thing” but now with his candidacy for the Democratic nomination, he could be America’s next president! Come see his standup tour now, because if he wins, it could be his last for four or eight years!