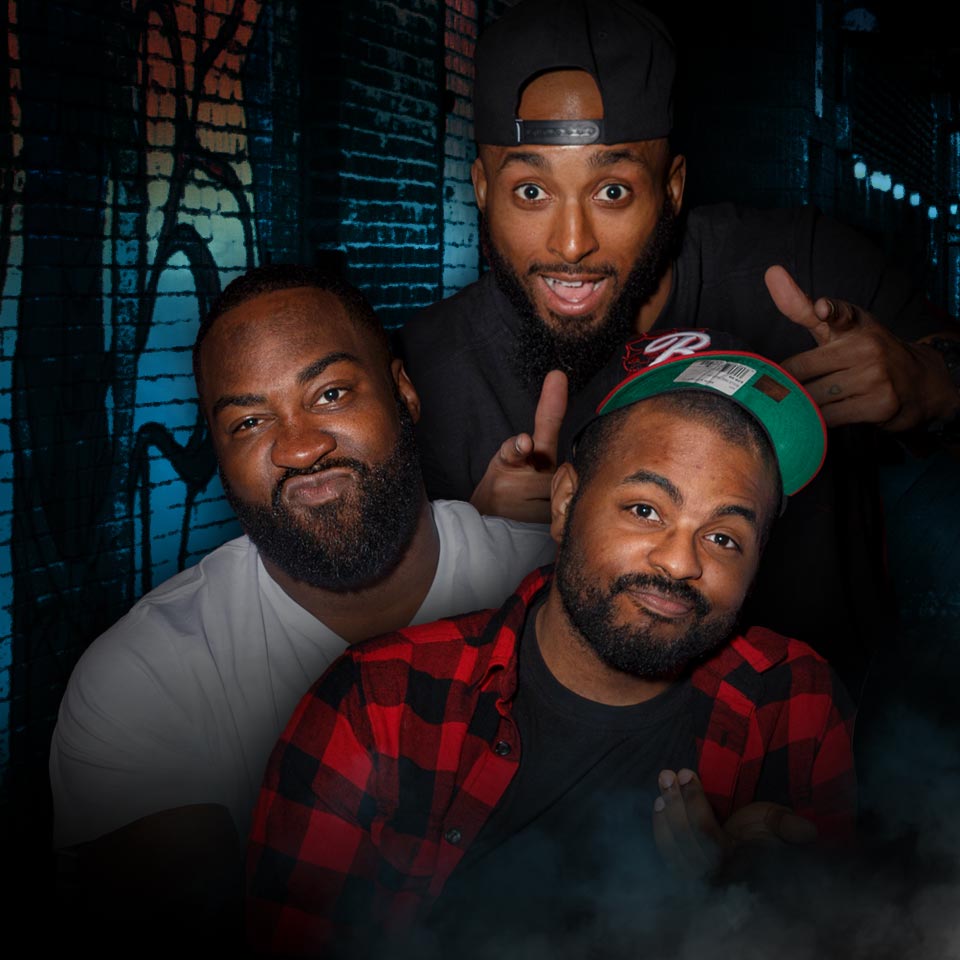 Brandon Riddley, Pierre “Cool P” Douglas, and Bruce Leroy Williams present Baddies Comedy Co. Three former class clowns who whose wit, charisma, and spontaneity laid the foundation for them to become nationally showcased comedians. The Minneapolis native’s unique ability to bring laughter to a room got them named 2017 Artists of the Year by City Pages, The Trailblazers of Comedy by Growler Magazine and landed their brand on Comedy Central in 2017 as the hosts of Kevin Hart and his production crew filming Hart of The City.

With a broad subject reach, from experiences as a child, to raising children, or being single with no kids, prepare to witness humor in very familiar and unfamiliar places. Expect HIGH ENERGY, a lot of MOVEMENT, CHARACTERS and IMPERSONATIONS, and AUDIENCE INVOLVEMENT. An overall good time.